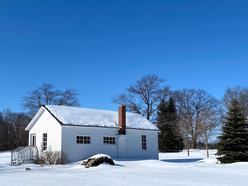 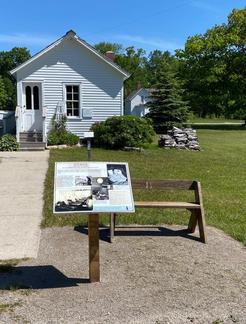 Care of Patients with Diphtheria

On receipt of a pamphlet from the State Board of Health the following precautions are very important.

Every patient should be isolated with one or two persons having charge of the patients. These care givers should be restricted from contact with others limited to brief acceptance of food or medicines or linen. The patients room should be cleared of all needless clothing, rugs, drapery, bedding or any other materials that could harbor disease. There should be a liberal supply of fresh air for the patient without subjecting him to a draft. Sunshine directly on the patient is advisable.

Discharges from the throat, mouth or nose are extremely hazardous to contagion of others and should be wiped away with a soft rag or linen and immediately burned. Discharge from kidneys or bowels should be wiped with cloths and immediately burned or throughly disinfected with nitrate of lead or chlorine of Zink or sulphate of iron, and then buried at least 100 feet or more from any flowing well. Nurses and attendants should keep themselves and patients as clean as possible. Bed and body linens can be boiled in chlorinated or sulphured zinc. All persons recovering are contagious until released by a doctor or knowledgeable person.

Bodies of such persons who have died should be place in a coffin immediately and not exposed to view except under glass. No public funeral should be held at a house where the person has died and no children should attend and as few adults as possible.

Rooms where diseased were held should be cleaned by exposing them to air for several hours and to chlorine gas or burning sulphur compound for several days. For gas, have room tightly closed and place an earthen dish containing compound of manganese. Pour one pound of strong muriatic acid, being careful not to breath in the fumes. Leave and close the door. To generate sulphur gas on a heated stove put live coals on top of ash in a plate or cover and place about 1 ½ ounce of sulphur on coals.

After death all bedding, rugs, curtains and  and cloths should be burned and buried. No vegetable or animal matter should be allowed to decompose.

Cabin or house should be on a well drained lot away from any foul air such as soap factory or slaughter house and have a clean privy and if there is a cellar it should be dry and well ventilated and there should be no near cesspool.

​The PEST HOUSE is a quarantine facility typically found in every Michigan community around 1900.

Our Pestilence (Pest) House was built in the 1890s and was rediscovered in 2004 in the form of a long-deserted machine shop. It was moved to Heritage Village and completely restored in 2005.

Pest is short for Pestilence which means contagious, deadly disease.  Once introduced to a community, a disease like diphtheria, cholera, and smallpox could spread quickly.  Mackinaw City was a destination port city and was very vulnerable since boats from other ports might have a sick person on board who could be spreading the disease.  To protect healthy citizens from the person with the disease, they were taken to the Pest House where they were cared for until they were well.  One in three patients did not survive Smallpox.

Most communities had a Pest House.  People in town would build it with volunteer help.  The Heritage Village Pest House is unique because it survived.   After Pest houses became outdated, no one needed them around.  They deteriorated and fell apart or were dismantled and destroyed.  Ours is the only one known to us that survived and has been fully restored.

A typical Pest House would have had many beds and often more makeshift beds on the floor.  Beds may have been separated with temporary curtains.  Men, women and children would all be taken care of in the same building.  The single caretaker would have been  someone who liked to care for people and was immune to small pox either having survived it or having had cow pox.  Doctors when available would check on patients and order medicine.   The caretaker would keep patients warm, fed, and comfortable sometimes with help from community members who would leave cut wood and food on the rock outside the door to help out.

Before 1900, no one realized how important hand washing was in preventing the spread of disease.  Even if they had known, it wouldn’t have been easy because there was no running water in the Pest House.  Care givers had to haul water into the Pest House from an outside well, even in the winter.  Then the water would need to be heated with a wood stove requiring wood and constant attention to keep it going to keep the building warm and keep water warm to care for the patients.

During our educational tours with students, they learn about being vaccinated against the horrible diseases of the past and understanding the threat of contagious diseases in the 1900’s.