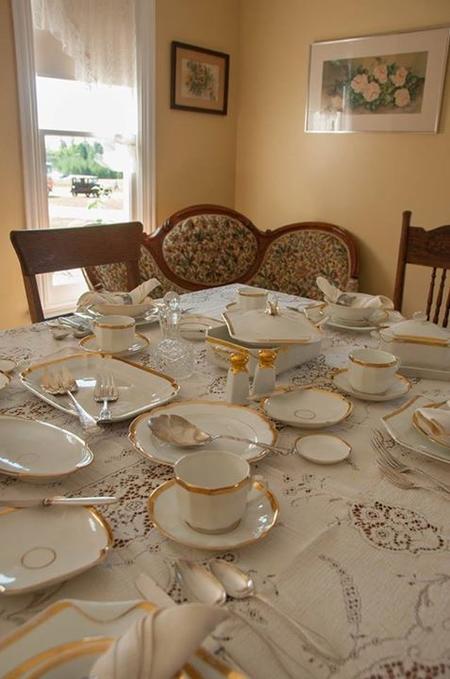 The Stimpson Homestead is a replica of Charles and Ella Stimpson’s “Maple Ridge Farm,” which was originally built in the 1880’s. The Stimpsons came from Maine after the Civil War. They were  lumberjacks who first settled in Cheboygan. George Stimpson and his eldest son Charles were hired to build a dock, and cut timber for the steamers which passed through the Straits of Mackinac.  After the land was cleared of its timber resources, Charles and his bride (the former Ella Eastman of Bliss) homesteaded “Maple Ridge Farm,” three miles southeast of present-day Mackinaw City. The farm remained in the Stimpson family until the 1940’s when it was sold to the Grebe family. The original farmhouse burned down in the late 1960’s.

The homestead was chosen to represent an 1880’s farmhouse in Heritage Village because the farmhouse could be recreated using photographs and memories of the Stimpson heirs. The Stimpsons also played a large role in the early history of Mackinaw City.

The homestead presently under construction will cost approximately $150,000 to complete. The goal is to replicate the original dwelling as closely as possible, while adhering to modern building and safety codes. Stimpson heirs are donating many artifacts and furnishings to this project.

Funding for this project through the Mackinaw Area Historical Society comes from fundraising activities, private donations (including donations from Stimpson family descendents) and the Village of Mackinaw City. 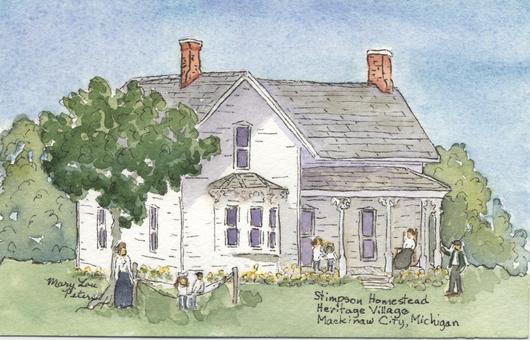